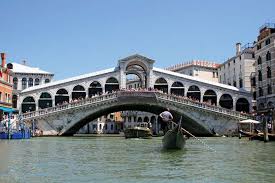 It was a normal day for me, much like many others. Except that I was to have my long-procrastinated physical from my physician.

No problem … I jumped in the car and quickly navigated the Nashville landscape in the beautiful October sunshine, arriving at her office in about 20 minutes.

Greeting me, we went through the all of the regular tests, exams, etc. She is a very personable doctor and I always enjoyed my visits.

Wrapping up, I thanked her and went on my way.

All was well with the world.

Until she called me a few days later and asked me to come back in for a glucose tolerance test.

“Your fasting glucose level came back a bit higher than I would like to see it. This other test can tell us a lot more.” she explained.

“Fine, see you then”

Long story short, my glucose tolerance test took about 4 hours with my blood being drawn over and over. I felt like I had given a gallon of blood and was ever so glad to show back up at work that day.

“What? How? Good grief… are you kidding?” I stammered into the phone.

“Drop by the office to pick up some literature on where to go from here with regards to your diet, medication and exercise” she continued.

To say I was floored is a complete understatement.

I was not only floored, I was totally blindsided with this news. I simply did not see it coming.

I felt it was depressing news. I had zero diabetes in my family history. Zero. And I had always kept my weight fairly steady.

On top of that, I had a natural aversion to candy. Didn’t enjoy it so never ate it. How could I possibly be diabetic???

The very next day, I was scheduled to go to Florida for a vacation with some friends. But I knew a couple of things were going to be different.

Second, I was going to increase my walking and other exercise dramatically.

All this time, I was testing my blood glucose level with a meter and strips. Usually once a day when I woke up, in order to get a fasting glucose level.

I noticed my dry mouth at night go away almost immediately.

But I was still having some elevated levels.

Fast forward to six months later when I went to Italy and France with some dear friends. I felt that I needed to tell them about my condition since they would be with me so much and observe me passing up pasta, gelato and bread and tons of stuff and would naturally ask why.

They were very understanding.

But that’s not the point I am leading up to that I want to highlight.

In Europe, it was very common for us to walk several miles a day. We would walk in many of the medieval towns to see churches, go to restaurants, museums, and a host of other things. It was delightful. And, coincidentally, we were walking nearly 5 to 8 miles a day. It was rigorous and I was exhausted but happy.

(Therein lies a lesson, when you enjoy whatever exercise you are engaged in, you tend to overlook downsides like fatigue, etc)

When we arrived home, I noticed two things immediately. First, I had lost about 8 pounds even though I’d eaten well.

Second, my blood glucose tests were consistently in the normal range. When I say they were in the normal range, I mean not once were they even remotely in the diabetic zone. Whereas before, I would occasionally get spikes in my morning readings, I never received another spike.

It wasn’t long before I went back to the doctor and had an A1 C test and it had dropped from the diabetic zone to the completely normal.

It has stayed this way for the past few years, to the time of this writing.

Do you know how life sometimes serves up lessons to you that, if you’re lucky, you will immediately recognize and operationalize the truth that is being given to you?

Well that is what happened to me after my Europe trip. It hit me that my increased level of exercise was the final piece of the puzzle that needed to be put into place.

For reasons that we will discuss later, exercise at a higher level activated a response in my body that was very favorable to my diabetes and its elimination. This revelation came crashing in on me like a tsunami. It was very apparent to me that by simply increasing my exercise, my diabetes virtually was eliminated. It was definitely an ah ha moment for me… I felt I had discovered the pearl of great price in diabetes management, as it were.

Keep in mind that I am one who hates exercise. I seriously hate exercise. I cannot stress enough how I loathe exercise. Walking on a treadmill to me is about as much fun as having a colonoscopy without anesthesia.

Even though I hate exercise with such an extreme passion, I was forced to admit that it was extraordinarily valuable to me in the management of my diabetes. And because it is, I had to do it no matter what.

So I had to find ways to do this that did not cause me to lose my mind through boredom or whatever. It was simply mandatory that I figure out how to exercise every single day.

I do not completely know how God has made me however I do know that exercise does not come easily or naturally to me.

But I had to find ways to continue the high-level of exercise that I experienced in Europe.

I had to find ways to do this in order to manage my diabetes well.

And that is why I am writing this blog and wrote my book referenced below. Because I am essentially sedentary and activity challenged. I would rather read a book than ride a bike. I would rather watch a movie than walk a mile. This is who I am and this is how I was composed as human being yet I had to find ways to change.

(Author’s note: I have published the book referenced above, for diabetics who hate to exercise, ’42 Ways to Motivate the Sedentary Diabetic to Actually Exercise’ … written primarily for my always inactive self … click HERE to purchase on Amazon, purchase and give away to friends and family who need it … purchase and send to your local diabetes society for distribution and if you cannot afford it, let me know)